So the main story of last week was the stomach virus. 😩 Steven was out of town for the week (and he was sick with the virus too) and I was home with the kids. Unfortunately all six kids ended up getting it before the week was over. In addition, almost every adult that we came into contact with also got the virus. 😣 Thankfully, I never got sick which is such a blessing. I had several people tell me that drinking grape juice will keep you from getting the stomach virus, I tried to get the kids to drink it but they wouldn’t, but I did and I never got sick, so now I’m a believer!!

Bug week was a bust, I just didn’t have the energy to do anything but we did manage to have a big picnic.

Friday night we let the kids swim in the pool for the first time. They had a blast.

We did have a bug theme picnic Friday night. 😊

Saturday morning Brady had his t-ball party at the splash pad. He wasn’t in the mood to get wet. 🙄 So he just hung out by Steven the whole time. But the party was great and we are so proud of the Rascals; we had a great first year of t-ball. ⚾️

Then we went to my family reunion.

Sunday we celebrated the awesome dads in our lives.  The day consisted of church, lunch, Steven writing a paper for grad school, church, and pizza.

So I spent every day last week posting on our vacation. So this week will be a catch-up week. Here’s what we’ve been up to lately.

Our Seals Summer Theme Week last week was Bugs. Unfortunately, I only did one real activity with the kids, so I’ve decided to extend Bug Week to this week too! I love not having any rules!

We got home from vacation around 12:30 Monday and had to have Brady at swim lessons by 1pm! He did so good and is very comfortable in the water now. Thank you Harley and Makenna for teaching him to swim.

Thursday, Brady had his last t-ball game. He played so well; I’m glad he ended the season on a positive note. We are so proud of the our little team. The Rascals had a great year!

By the end of Saturday, The Virus had claimed 3 more victims: Mia, Gracie, and Brady.
🤢😷😫

And Sunday Rayleigh became the 5th victim. 😫
This stomach virus hasn’t been as terrible as previous stomach viruses. Tessa had it the worst and felt bad for 3 days but everyone else would vomit or have diarrhea and then be fine. It was weird. I pray they are all going to be over it very soon. 🙏🏻
💙💗💗💙💗💗

Friday, Steven and I took Brady to his first Texas Rangers baseball game. We had so much fun with just our big guy. Brady is a pretty lucky guy, his first game consisted of 4 Ranger homeruns, the Rangers won, and there was a fireworks show after the game!!!! ⚾️

I have wanted to take Brady to a Rangers game for a while. I love watching baseball and I have been dreaming of the day when I could take my own kid to a game. We wanted to make sure he was old enough to enjoy the game and hopefully remember it. Now that he’s five we decided he was ready. I knew we had to pick a game when it wouldn’t be scorching hot. So April seemed like perfect month. Thankfully, the weather turned out to be beautiful! We kept checking the forecast because it was showing a low percentage of rain but thankfully it didn’t start sprinkling until the last inning. And it didn’t rain long or hard so it worked out great. And we had the perfect seats along first base line; they were just under the upper section so we didn’t get wet at all. The fireworks started about 10 minutes after the game ended. Brady loved the fireworks.

Paula came to the game with us, which worked out perfectly because she was able to pick Steven up at the airport and bring him to the game. Steven was out of town all last week for work. It was so special having Paula with us for Brady’s first game. After the game, we spent the night with Paula, then left the next morning to go get the quints.

I’m so thankful we have such a big supportive family that is always willing to help us out with the kids. In a few years we’ll take the quints to their first Rangers game and that will be wild and crazy but I’m sure they’ll love it. I’m so thankful we were able to get away and have some fun one-on-one time with Brady. He’s such an amazing big brother to the quints and loves them so much but I know he also needs our undivided attention sometimes. And he loved having all of Paula’s attention too.

Stopped for a little pick-me-up.

All ready to cheer on the Rangers!

Seeing the field for the first time.

Paula always keeps me laughing. I love my friend so much and so thankful we got to spend some time together. Everyone needs a Paula in their life.

About 10 minutes before the game started Brady started saying he was ready to go home. 😩 But there were plenty of things happening to keep his attention; overall he did pretty good. I think he would have done great if he would have had a nap. But overall it was a success.

The fireworks were his favorite part.

​
Next day we left Paula’s, ate lunch, then headed home to the quints.

So many special memories made in just 24 hours. So thankful for this time with Brady; I will treasure the moment forever. 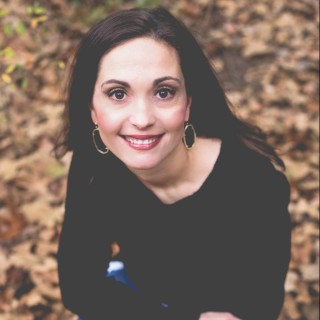 Hi y'all! I'm a southern wife and mommy. I'm happily married to my hubby, Steven, and we have six children, our oldest is Brady and we have girl-girl-boy-girl-girl quintuplets, Mia, Tessa, Brant, Gracie, & Rayleigh. I'm a simple country girl with a big heart. I love Jesus, my family and friends, blogging, all things Texas, the beach, laughing, watching reality tv, shopping at Hobby Lobby, shopping in general, Pinterest, holidays, and planning parties. Family time is the best time. I love being a wife and a mama to my Six Sweet Seals. Welcome to my blog!